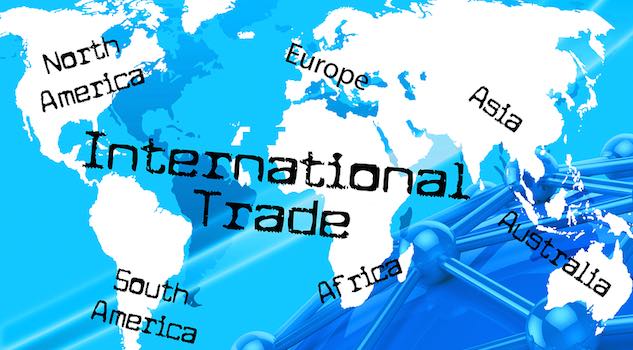 International trade is a risky activity – importers may not pay after receiving the goods and exporters may not deliver if they are paid in advance. To reduce the risk of international commerce, banks offer specific trade finance products, the most prominent being letters of credit (LCs) and bank guarantees (BG).
Grand City Investment Limited helps its clients to obtain bank guarantees, letters of credits and other financial instruments from prime banks such as Citibank New York, Chase Bank, Welsfargo Bank, Bank of America, HSBC Hong Kong, Barclays bank London, Standard Chartered Bank Dubai, UBS Switzerland, Deusche Bank AG Germany etc.
A bank guarantee and a letter of credit are both promises from a financial institution that a borrower will be able to repay a debt to another party, no matter what the debtor’s financial circumstances. While different, both bank guarantees and letters of credit assure the third party that if the borrowing party can’t repay what it owes, the financial institution will step in on behalf of the borrower.
By providing financial backing for the borrowing party (often at the request of the other one), these promises serve to reduce risk factors, encouraging the transaction to proceed. But they work in slightly different ways and in different situations.
Letters of credit are especially important in international trade due to the distance involved, the potentially differing laws in the countries of the businesses involved, and the difficulty of the parties meeting in person. While letters of credit are primarily used in global transactions, bank guarantees are often used in real estate contracts and infrastructure projects.
Bank Guarantees and letters of credit are the perfect method of import financing, providing protection to both importers and exporters in cross-border trade. Bank Guarantees and letters of credit offer an absolute guarantee of performance and payment to the exporter, who then bears no further payment default risk, which positions the importer to negotiate more favorable deal terms.
Many development banks run large trade finance program today; the International Finance Corporation, a part of the World Bank Group supports the confirmation of LCs with about $5 billion per year with a particular focus on the least developed countries. Despite the large policy interest, little is known about the relevance of LCs and similar trade guarantees for exporting, mainly due to a lack of data. Academic research has shed some light on the link between finance and trade in recent years but with a focus on general bank links and the role of credit for exporting firms. Amiti and Weinstein (2011), for example, showed that, in Japan, firms linked to under-performing banks reduced their exports. The effects of reductions in the supply of trade-specific financial products, such as LCs, which do not mainly address firms’ financing needs but lower the risk of international transactions, have not been investigated.

Bank guarantees represent a more significant contractual obligation for banks than letters of credit do. A bank guarantee, like a letter of credit, guarantees a sum of money to a beneficiary. The bank only pays that amount if the opposing party does not fulfill the obligations outlined by the contract. The guarantee can be used to essentially insure a buyer or seller from loss or damage due to nonperformance by the other party in a contract.

Bank guarantees protect both parties in a contractual agreement from credit risk. For instance, a construction company and its cement supplier may enter into a contract to build a mall. Both parties may have to issue bank guarantees to prove their financial bona fides and capability. In a case where the supplier fails to deliver cement within a specified time, the construction company would notify the bank, which then pays the company the amount specified in the bank guarantee.

The most common kinds of guarantees include:

Sometimes referred to as a documentary credit, a letter of credit acts as a promissory note from a financial institution—usually a bank or credit union. It guarantees a buyer’s payment to a seller or a borrower’s payment to a lender will be received on time and for the full amount. It also states that if the buyer can’t make a payment on the purchase, the bank will cover the full or remaining amount owed.

A letter of credit represents an obligation taken on by a bank to make a payment once certain criteria are met. After these terms are completed and confirmed, the bank will transfer the funds. The letter of credit ensures the payment will be made as long as the services are performed. The letter of credit basically substitutes the bank’s credit for that of its client, ensuring correct and timely payment.

For example, say a U.S. wholesaler receives an order from a new client, a Canadian company. Because the wholesaler has no way of knowing whether this new client can fulfill its payment obligations, it requests a letter of credit is provided in the purchasing contract.

The purchasing company applies for a letter of credit at a bank where it already has funds or a line of credit (LOC). The bank issuing the letter of credit holds payment on behalf of the buyer until it receives confirmation that the goods in the transaction have been shipped. After the goods have been shipped, the bank would pay the wholesaler its due as long as the terms of the sales contract are met, such as delivery before a certain time or confirmation from the buyer that the goods were received undamaged.

Types of Letters of Credit

Both bank guarantees and letters of credit work to reduce the risk in a business agreement or deal. Parties are more likely to agree to the transaction because they have less liability when a letter of credit or bank guarantee is active. These agreements are particularly important and useful in what would otherwise be risky transactions such as certain real estate and international trade contracts.

Banks thoroughly screen clients interested in one of these documents. After the bank determines that the applicant is creditworthy and has a reasonable risk, a monetary limit is placed on the agreement. The bank agrees to be obligated up to, but not exceeding, the limit. This protects the bank by providing a specific threshold of risk.

Another key difference between bank guarantees and letters of credit lies in the parties that use them. Bank guarantees are normally used by contractors who bid on large projects. By providing a bank guarantee, the contractor provides proof of its financial credibility. In essence, the guarantee assures the entity behind the project it is financially stable enough to take it on from beginning to end. Letters of credit, on the other hand, are commonly used by companies that regularly import and export goods.

Although a Bank Guarantee seems very similar to a letter of credit, and there are similarities, they are very different instruments which are used for very different purposes. A letter of credit is used in trade finance to ensure that a transaction proceeds as planned. Bank Guarantees are used to mitigate losses if a transaction doesn’t go as planned.

Similarly, if a seller was unable to deliver the goods according to the terms of a contract, a BG would obligate the bank to pay the purchaser the contractually agreed-upon amount. Essentially, Bank Guarantees are a safety mechanism for the opposing party in the transaction.

Bank Guarantees are often used in trade financing when buyers and sellers are purchasing and selling goods to and from overseas customers with whom they have no established relationship, in which case a BG is designed to reduce the risk which is borne by each party to a transaction.

Click Here to Get a bank guarantee or letter of credit from one of the top banks in the world
Or contact us by email: apply@grandcityinvestment.com