Where is Hong Kong now in its carbon neutrality target?

29 Jul Where is Hong Kong now in its carbon neutrality target? 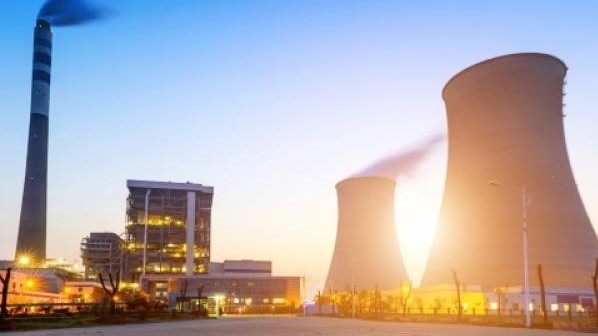 Where is Hong Kong now in its carbon neutrality target?

The city is now implementing several abatement measures as it aims to be carbon neutral by 2050.

Hong Kong has been introducing measures to stabilise its carbon emissions, carefully tying its economic activities into its environmental goals of achieving carbon neutrality before 2050. Moreover, the Hong Kong government has implemented several new strategies on waste management, energy supply, and green building, amongst others, as part of this ambitious undertaking.

Since 2000, the region has seen an upward increase in greenhouse gas emissions, despite its concerted efforts to cut down and stabilize them since the late 1990s.

Get Asian Power in your inbox

Coal also remains the most dominant fuel in meeting power demands, still accounting for about 25% of the fuel mix despite its declining share.

However, the region is still far from those policy targets. It only managed to have a 35% decrease in carbon intensity, and an 8% decrease in per capita emissions on actual performance between 2005 and 2017. As such, the Hong Kong government has started making more urgent policy changes, including switching the fuel mix in its electricity generation.

Increased reliance on renewables and gas

One of Hong Kong’s main measures to cut down carbon emissions is to increase the share of renewable energy in the mix. This includes the deployment of more offshore wind farms, solar power, waste-to-energy plants, and also increased electricity imports from mainland China.

Data from the Legislative Council revealed that renewable energy only accounted for about 0.8% of total energy usage between 2011 and 2017.

With this low share in mind, the government, together with local power firms, CLP Power and Hong Kong Electric, introduced the feed-in tariff scheme in 2017. This has been used as a way to encourage the private sector to invest in renewables. Under the scheme, both business and individual customers are incentivised to install solar photovoltaic or wind power systems at their premises for selling their renewable energy output from HK$3 to HK$5 per kilowatt-hour.

Furthermore, research from the Asia Pacific Economic Cooperation reveals that the generation mix in Hong Kong is also going to change significantly in the coming years, with the government planning to raise the share of natural gas in the electricity generation to 50%. Coal-fired generation is expected to be phased out by 2035, and gas-fired generation will expand from 35% of the fuel mix in 2016 to 78% in 2050.

Both CLP and HK Electric are actively contributing to this target.

However, the two power firms will have to complete the construction of the three new gas-fired generating units by 2024. This directive is part of a memorandum on new caps on annual emission allowances, as approved by the Legislative Council.

This will bring the proportion of local gas generation to around 57% of the total fuel mix for power generation by 2024.

The two power companies will also continue to acquire low-emission coal for electricity generation and maintain the performance of emission control devices to reduce emissions from coal-fired generating units.

The Hong Kong government is partly limited in its quest for greater renewable energy generation, by its lack of land and other development constraints. But it has managed to maintain progress over the last few years.

In his latest Budget speech, Finance Secretary Paul Chan said that the government would set aside an extra HK$1b for more than 80 projects to install additional small-scale renewable energy systems on government buildings and installations, and a HK$150m fund to conduct energy audits and install energy-saving appliances for non-governmental organisations.

“All these measures can help Hong Kong advance towards its carbon neutrality target, and will also create jobs,” Chan said.

Hong Kong’s leaders have also shown support for the development of offshore wind farms, with Hong Kong Electric planning to install offshore wind turbines near Lamma Island with a total generating capacity of 100 MW. These are expected to produce 175 gigawatt-hours of electricity per year once online.

“Analysis of the wind resource indicates that the site is feasible for development of an offshore wind farm,” the company has told investors. “The wind monitoring campaign is still ongoing aiming at collecting additional data for optimizing the offshore wind farm design.”

CLP is also considering the feasibility of constructing an offshore wind farm in the southeastern waters of Hong Kong.

“The project has been under consideration for some time, but recent advances in the technology of wind turbine generators and an increasingly mature supply chain in the region make it appear more feasible,” it said.

Wong said, during the webinar, that the region has been exploring various solutions to combat climate change, which includes “seeking more zero-carbon energy, adopting energy-saving technologies, promoting the wider use of electric vehicles, and enhancing waste reduction and recycling, such as optimising the development of advanced waste-to-energy/resources facilities to further turn waste into valuable resources.”

Moving towards the target

With the Hong Kong government actively aiming to reach carbon neutrality by 2050, the two power companies are proactively welcoming this undertaking.

CLP aims to support the region in its target through promoting the development of renewable energy, helping customers improve their energy efficiency, and closely monitoring the latest technological developments in new zero-carbon energy.

“We are seeing a clear shift from incremental improvements to an acceleration of the desire for change. This will create further opportunities given our strong existing position in the market,” CLP CEO Richard Lancaster said in the company’s 2020 report.

On the other hand, HK Electric aims to engage with the government on the best way forward, including exploring the wider use of zero-carbon energy and carbon reduction technologies.

“Sustainability is firmly integrated into our ethos and we have now reorganised our structure with a new Sustainability Committee to steer our efforts on this front,” HK Electric Chairman Fok Kin Ning said in the company’s 2020 report.

As Hong Kong moves forward, it must continue to promote renewable energy and seek innovative solutions to its constraint in the land, both of which would be beneficial to reach their target.

At the same time, the government must also work further with its stakeholders to overcome its issues on attaining carbon neutrality.