Posted at 01:34h in Uncategorized by admin 0 Comments
0 Likes
Share 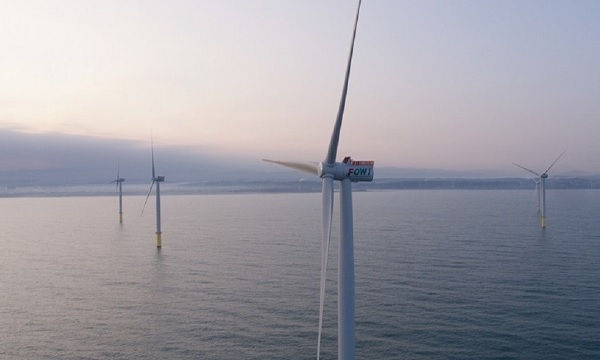 Investors with neither experience nor capacity in the sector seek chances to buy into an existing project.

Despite the reduction of feed-in-tariff (FiT) rates and the supply chain disruptions caused by the pandemic, Taiwan’s offshore wind sector continues to remain attractive to investors as it sees more local and international investors competing for a share in the market.

The Ministry of Economic Affairs’ (MOEA) announced FiT rates for offshore wind in 2020 fell by an average of 7.64% to $0.17 (NT$5.0946) per kWh. According to Pinsent Masons consultant John Yeap, this has received some opposition from developers—wpd Taiwan Energy chair Yuni Wang was reported to have criticised the FiT rate to be “unreasonable” and failing to “reflect the true costs of building offshore wind farms in Taiwan.”

“[The FiT cuts] received some opposition from developers, although globally FiT does decline given increasing economies of scale and localisation in the sector,” Yeap said.

Get Asian Power in your inbox

A note from Fitch Solutions explained this decline jeopardised the economic feasibility of some existing projects in the pipeline and worsened the risk of delays. “Whilst we acknowledge that the new FiT rates might pose some downside risks to our wind forecasts for the market, we maintain our bullish outlook and will continue to monitor the market closely,” Fitch added.

In response to such criticisms, the Ministry said that developers have yet to provide “convincing” evidence to support their claims of high costs, Yeap added, saying that the new tariff is the result of consulting experts on the matter and that last year’s rates cannot be maintained.

Backing this, Fitch noted that the final decision came after three rounds of public hearings in Taipei, Taichung and Kaohsiung respectively, which may suggest an adequate consultation and decision-making process. In contrast in 2019, the unexpectedly steep cuts caused major developers and investors, including Ørsted, to suspend their projects. The government later compromised on the 2019 rates following the backlash.

Furthermore, Fitch believes that the new prices remain relatively attractive to investors, noting that Taiwan’s first offshore wind capacity auction registered winning bids of $0.076 (NT$2.2245) to $0.087 (NT$2.548) per kWh, far lower than the FiTs offered. The fall in tariffs will be offset by rapidly falling technology and development costs for offshore wind.

In particular, the development of its first batch of offshore wind projects—such as Ørsted’s Formosa 1, or Changua 1 and 2a—is expected to help put in place an equipment supply chain that will enable greater cost reduction on future projects.

“Whilst higher FiT rates are needed to support the substantial upfront supply chain investment required, future projects will become much more cost-competitive, as project developers can tap into a then established domestic supply chain, and also from synergies from existing projects,” the report stated.

Also driving down costs throughout the wind power supply chain and making wind projects more cost-competitive is the development of more powerful offshore wind turbines will reduce the required number of turbines required on new projects. “Wind turbine manufacturers continue to make advancements towards the commercial deployment of larger, more powerful offshore wind turbines that are equal to or exceed 10MW in size,” the report stated.

Pandemic headwinds
Amongst the markets that showed to be most effective in fending off the COVID-19 pandemic, Taiwan’s economy never needed to shut down like many other countries across the globe, and everything is still operating as usual. However, there was no avoiding interruptions of its offshore wind supply chain, as a large part of it is still based in the badly-hit Europe.

“Given that a large part of the offshore wind supply chain is still based in Europe, which is badly affected by the pandemic, the production of various components and the assembling of the wind turbines have been affected. Also, Taiwan’s border was shut to foreigners until recently, so some technical experts were unable to travel to Taiwan to carry out their work,” Yeap said.

Although the supply chain slowed, the determination and enthusiasm of the sector did not. Yeap noted a Reuters report of Ørsted Asia-Pacific president Matthias Bausenwein saying that their investment decisions and general confidence in the offshore wind sector will not be influenced by the pandemic, even though it could delay the timeline of their projects.

Appeal to investors remains strong
The market is still expected to attract more local and international investors, as more projects approach completion and investors without experience and financial investors without capacity in the sector look for opportunities to buy into an existing project, Yeap said.

It is already seeing more players enter the market, as evidenced by acquisitions of a stake in Zhangfang and Xidao Wind Farms by Taiwan Life Insurance and Transglobe Life Insurance, and the Yunlin Offshore Wind Farm by EGCO Group and a consortium comprising Sojitz, JXTG Nippon Oil & Energy, Chugoku Electric Power, Chudenko, and Shikoku Electric Power.

German investors have also been gravitating towards Taiwan’s offshore wind market, seeing it as a nascent market with abundant opportunities and an important gateway into Asia. Yeap expects to see more interest from them in the future.

wpd was amongst the first international investors to be allocated with capacity in Taiwan, and now has one project under construction, another that will start construction in 2021, and two other under development. Energie Baden-Württemberg AG (EnBW) also picked Taiwan as its first offshore wind markets outside of Europe, pushing with the development of the 2GW Formosa III in Taiwan along with Macquarie and JERA. Furthermore, RWE Renewables has also established a presence in Taiwan, joining with Asia Cement Corporation in Taiwan to further develop the up-to-448MW Chu Feng offshore wind project.

“With the exception of Mainland China, Taiwan is leading the region in terms of government policy, legal framework, projects under construction, projects in development, and future plans. It already has 5.5GW in the pipeline from 2020 to 2025, and has plans for more generation capacity coming online from 2026 to 2035,” Yeap added.

Fitch Solutions projected Taiwan to add a net wind capacity of approximately 5.8 gigawatts (GW) over the coming decade, and account for 7.9% of total electricity generation by 2029. In the long term, capacity for both onshore and offshore is projected to grow by an annual average of 23% between end-2019 and 2029 to reach under 6.7GW by the end of the decade.