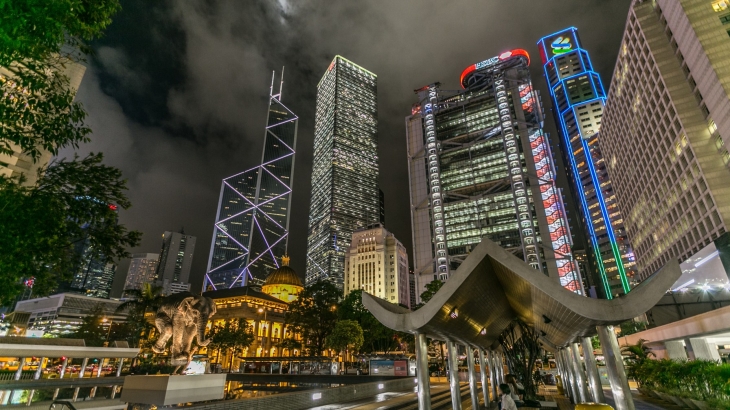 More expats may leave with their families when the school year ends mid-2022.

Hong Kong is increasingly becoming a less desirable place to work for expatriates and even for local talent, hampered by stringent travel restrictions that wear the workers’ patience thin.

Compared to the past years, more talents based in Hong Kong have reportedly shown an interest in moving out or have already gone to other cities, recruitment firms told Asian Banking & Finance.

Whilst it is a stretch to call it an “exodus”, it seems that more and more expat bankers are reaching their breaking point, said John Mullally, regional director-Southern China & Hong Kong Financial Services at Robert Walters.

“There are definitely more people leaving than bankers coming in,” Mullally told Asian Banking & Finance. “That is a result of almost two and a half years now of people not being able to freely travel in and out of Hong Kong.”

Mullally says that it is possible that more expats leave the city after the end of the school year in mid-June.

“I’ve been here for 12 years, I’ve never seen this degree of departures going,” he noted. “An exit kind of implies a vast percentage of people going. That’s not necessarily true, [but] it is the biggest departure I’ve ever seen.”

“We have seen candidates in Hong Kong having an interest in exploring Singapore as an option, because of the current travel restrictions in Hong Kong,” Yung said.

Is Singapore reaping the benefits?
With Hong Kong’s reputation amongst expats souring, eyes have turned to the other financial centre in the region: Singapore. Reports swirl around a possible flight to the Lion City, which, unlike Hong Kong, has reopened travel to several countries around the globe.

There have been cases of big moves happening “more so than usual,” as per Robert Walters’ Mullally. Most notably, banks such as Citigroup and Bank of America have reportedly moved some roles to Singapore and other markets.

But it’s not as much as media reports have led everyone to believe, he said.

“The fact is that [just because] a certain amount of senior executives within financial services have moved from Hong Kong to Singapore, doesn’t mean that everybody is going to do that,” Mullally said.

“From a lifestyle perspective, Singapore would be seen as a more attractive place to be now,” Mullally said, noting that expats with families may prefer to move to the Lion City. “Now whether that will last–who knows?”

In fact, some of the movement out of the city may reportedly only be temporary, according to Michael Page’s Yung.

“Their employers either accommodate remote working for a period of time so they can go home and see their families or allow them to work from another location for the next review period,” Yung said.

However, even the recruitment firms mull that some moves could be permanent. Employers’ long-term decisions whether to stay or move out would ultimately depend on when and how fast the travel restrictions are lifted.

“If it gets to a point where there are really a lot of functions being moved out of Hong Kong to other locations, then of course it’s going to have a longer-term impact on Hong Kong,” Yung said, adding that so far, Michael Page has not observed such an occurrence yet.

Talent shortage still an issue
Despite the Omicron wave and dwindling expat interest, the banking industry in Hong Kong has remained relatively stable and hiring remains active, the analysts agreed.

“Employers have already made plans to hire this year, either to replace headcounts spurred by the great reshuffling or to grow their teams to capitalise on the increasing number of market opportunities,” said Rouella Landicho, Associate Director of Banking and Financial Services, Randstad Hong Kong.

“Retail banks, private wealth, and corporate banks are hiring relationship managers to grow and expand their customer portfolios. Similarly, the workforce size in family offices and private banks is expected to grow this year to serve the growing affluence,” Landicho said.

The other analysts echoed the same. “Sales generating roles are always going to be heavily sought after. That would include front office bankers, as well as relationship managers,” said Yung.

Yung added that all mid to back positions are in demand, including settlements, payment, credit loans, and client onboarding.

Amongst these, compliance and risk roles are the most in demand roles by banks, but are also the hardest to fill due to the scarcity of available talent.

“The reality is, there is a talent shortage overall. When there’s a lot of instability in the market, or when there’s a lot of external factors, candidates put their job searches on hold. So with COVID, and then the travel restrictions, there has been a slight decrease in interest of candidates looking out. So that’s impacted talent supply,” Yung said.

Landicho echoed this sentiment. “With the borders closed for two years, expatriates have grown weary of the city’s strict travel restrictions. As other countries moved on to reduce or eliminate their safety measures, many senior executive expats have chosen to return home,” she said.

Whilst most workers who moved out are expected to return once the city lifts the restrictions, there is a possibility that some may seek job opportunities in other financial hubs instead, Landicho warned.

On the upside, this flight has created an opportunity for the local workforce and fresh blood to enter the growing industry in Hong Kong. However, banks are also reportedly finding it harder to fill in senior positions, which often go to experienced bankers from age-old financial hubs like London or New York.

“To alleviate the pressure, regulators can collaborate with companies and the government to set up travel bubbles with other financial hubs to facilitate talent mobility and attract new talent to come work in Hong Kong,” Landicho said.

Better salary packages are of course an obvious answer, with Mullally, in particular, highlighting the importance of taking expat families’ into consideration as well if banks hope to entice talent to the city.

“One of the things that banks could do is allow them [employees] to take a paid sabbatical or a longer, unpaid sabbatical and give them the job security,” Mullally said.

“Or allow them to spend some time working from their home country, or from a country where their family is based, because that’s what’s really hurting people here: it’s the uncertainty of when they will get to see their extended family.”